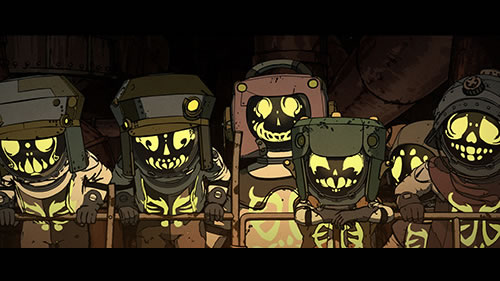 There is a world in which an endless rain of dark ash fills the sky, and covers the earth. Humanity, fearing the ash that burns and melts away human flesh, had no choice but to cover themselves in protective suits, and their faces with gigantic masks. Bundled up in their suits and hidden away behind their masks, the people have fled deep within the underground. This is the story of the children growing up in this fearful world, this is "COCOLORS".

Born in Tokyo in 1980. In 2003, Yokoshima has joined Kamikaze Douga,
and he has produced a variety of movies as a director.
In 2009, he directed a short movie "Amanatsu", which has garnered much praise worldwide, including The Stuttgart International Festival nomination.
"COCOLORS" is his ambitious work that was made of all of his experience. 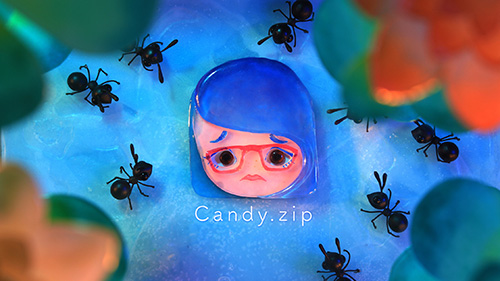 Aoko can’t get any credit at work even though she always puts together her company’s documents with confidence. One day, she witnesses another worker secretly swapping documents with hers. In an effort to shut her up, Aoko is turned into candy. The author likens computer files to pieces of candy and conveys the message that a person who does her best without giving up will surely be appreciated.

Born in Tokyo, Japan in 1992. Graduated from Musashino Art University, Department of Visual Communication Design in 2016. In 2018, received master's degree from the Department of Animation at Tokyo University of the Arts Graduate School of Film and New Media. 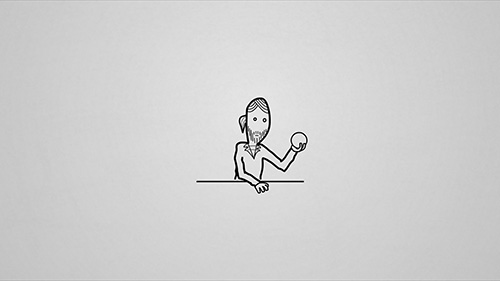 The short film intends to show how a company, which starts as a one-person, hand work grows into a gigantic corporation through labor division, addition, mechanization, and merger. In the world of free market, the ambition can turn into exploitation of labour, environmental pollution, human degradation, surplus value, corruption and much more, and leave harmful effect on the society.

Pablo Polledri is an independent filmmaker that enjoys carrying out all processes necessary to develop his creations. He has independently done several short films that have been exhibited at film festivals from all around the globe. 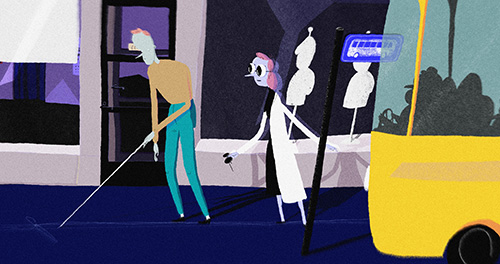 An optician’s workday is filled by a line of extraordinary customers, who, one by one, take home the optical equipments such as a microscope and a telescope. Later the optician finds out that they use the equipments in suspicious ways. The film tells a story about the feelings of anxiety and helplessness we all sometimes feel when trying to cope with the world around us – and about the equally familiar need to take a break from it all.

Elli Vuorinen graduated from the animation department in Turku Arts Academy in 2011. Her films Benigni (2009), The Tongueling (2011), Sock Skewer Street 8 (2013) and Sore Eyes for Infinity (2016) have been widely noticed in the animation industry. These films have been screened in over 200 film festivals and they have won dozens of awards. 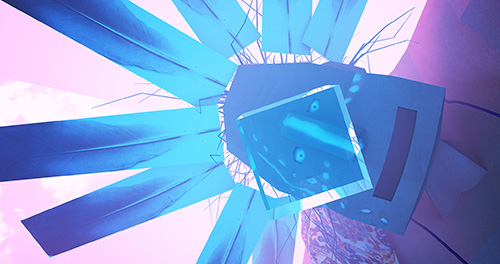 An ugly cat, struggling everyday to coexist with humans and other animals, eventually finds a soulmate in a mystical, Native American chief. Inspired by the internet story “Ugly the Cat”, the animation depicts all the characters using a combination of 3D computer graphic and puppeteering where they are controlled via simulated strings like a marionette.

Nikita Diakur is a Russian-born filmmaker based in Germany. His most distinguished project “Ugly” has won multiple awards at international film festivals. The signature technique used in his films is dynamic computer simulation, which embraces spontaneity, randomness and mistakes.